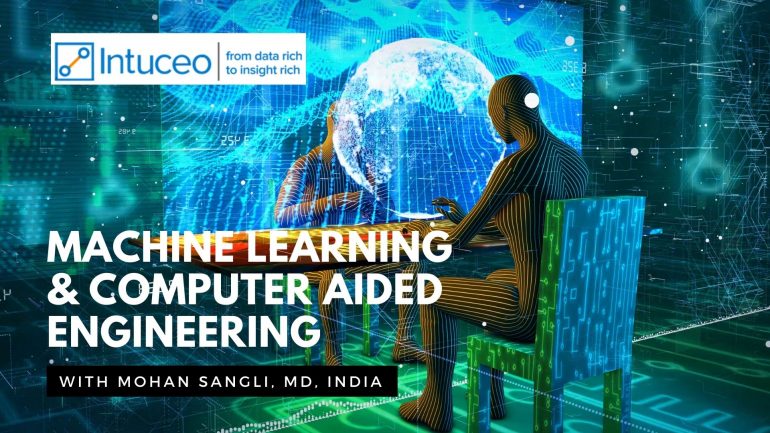 Vinaya: How did Intuceo Help a Client?

We have Mohan with us to talk about it.

What is the background for the solution?

Mohan: One of our clients approached a few years ago
They wanted a solution which will cut down the cycle time as well as the manpower.

They had difficulty in both.

Time to market has increased nowadays.

It was increasing further.

Market requires them to produce cars as fast as possible.

It’s a long cycle from the concept stage till the manufacturing of a car or at least the design of the car is by itself taking over several years.

Competition requires the time to be reduced.

Design time to be reduced.

What used to happen was that the simulation what they need to do while designing the cars was taking a lot of time.

It was producing a lot of data, number of iterations.

All these things were putting the pressure on them to reduce the number of scenarios testing.

They were looking at alternative ways.

It was the R&D division of the automative company.

Since we were working on data science based models, they checked with us whether we can apply data science in reducing the cycle time in design simulations.

We provided a solution to them.

We thought of a solution and proposed it.

Yeah, it can be done. We may have to work together because we had less domain knowledge.

That’s how we proposed the solution to them which turned out to be a large program.

It helped the client in all the ways they wanted it to.

Vinaya: Once the solution was suggested, what were the initial challenges and how they were handled?

It was a change from the system that was working for the last several decades.

Suddenly, an introduction of a new way of designing didn’t go that well some of the senior management.

They were so used to ways and means of designing the vehicle designs.

It was a little bit of a concern for them.

We told that we were not looking to replace their existing system.

We still need those.

But, instead of spending all the time on those systems, do some simulations from the existing systems and then you use data science models.

Once the models produce the output they can validate with their familiar existing systems to prove that our solution works so that it cuts down a lot of time.

That helped quite a bit. This is number one.

The second one was we understanding their domain was definitely a challenge.

Because we are a data company.

It required engineering knowledge, too.

That’s when we discussed and collaborated.

Vinaya: What process did you follow during the implementation?

We first looked at their existing process.

Then, we looked at the stages of the design.

How many phases it goes through?

In fact, it goes through seven or eight different phases.

We looked at the duration of each phase.

What exactly they do?

How many components they keep freezing at the end of every phase?

Where can we reduce the maximum amount of effort and time?

Reason was because the main objective was to reduce the cycle time.

Since we did not have much domain knowledge, we obviously had to understand it a little bit.

We started with knowledge sharing session about their process, technology, tools and people.

We understood that first.

Then, we picked up a small pilot where we could show maximum savings.

We worked on the pilot.

We took a small sample.

We proved that it works.

At least directionally it is correct.

Then we started looking at the few use cases.

What are the use case we should handle?

Some of these solutions, we thought we will use as the initial use cases.

We started working on them one by one.

That helped to start building the confidence level in using the new technology as a compliment to their existing systems and processes.

Vinaya: How did Intuceo’s analytics solution helped in Automative R&D?

Mohan: We have been a data science company all through.

Automative R&D is somewhat new to us.

But, at the same time, since we have worked out with the client to understand their process initially and start working on our solution

we could work with them closely and apply our analytics.

What we had as part of Intuceo, we had a lot a lot of algorithms

Some of the things which were required to provide the solution

We already had the artefacts.

What we did is, how do we knit together them in a sequence so that we get this solution.

We looked at automating certain things.

For applying data science, we also had to do some R&D

For repetitive and manual analysis, we built an automated machine learning platform which will run in sequence over the algorithms and then compare that with the results.

We applied our analytics knowlede to ensure that we don’t repeat the same thing again and again but we will use the system instead to automate certain things and then provide the solution.

Vinaya: What kind of benefits did the client enjoy with our solution?

Mohan: Eventually when they estimated we reduced the cycle time by 30%.

That was the greatest win for us.

Vinaya: Thank you, Mohan
Thank you for watching.

Know More About
Our Works

Hit enter to search or ESC to close